I’m hoping to go up to Dundee at the end of June – when Shiela’s vacation begins. I’m looking forward to going very much; it will be a complete change for me. Shiela made the suggestion that we do a cycling tour. She says we could “put ourselves” and our bikes on a train as far as Crieff and from there do the Trossachs carrying on across country to the Western Highlands and perhaps north from there. I think it sounds lovely. But it depends how much time off we can get. Shiela also thought it would be a good idea to keep a diary of the trip… 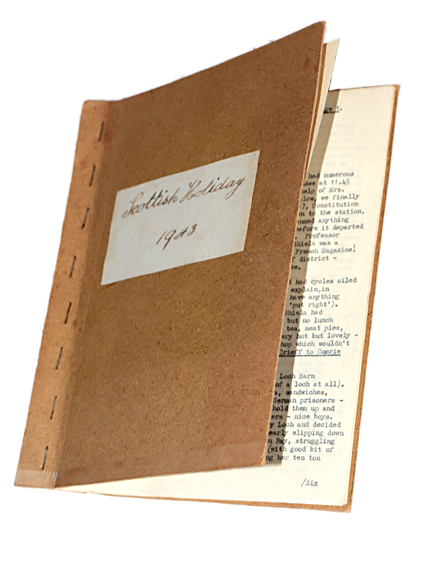 This section of my web site (peterrowlands.com) is all about the diary of a ten-day cycling tour of the Scottish highlands undertaken by two women in their mid-twenties during the second world war.

One of them was my mother Roma, and the note at the top of this web page, which was written by her, is the first mention of the plan. It probably sounds unremarkable now, but don’t forget the time when it took place. The Blitz and the Battle of Britain may have been in the past, but the war in Europe would grind on for another two years after this.

No one could ignore the horrors of the war itself, yet something like normal life on the home front continued. People had grown accustomed to the trivial and not-so trivial deprivations of wartime Britain – food shortages, rationing, and separation from loved ones who were abroad for long stretches of time on military service. Some of those lucky enough to be at home with a little money to spare could actually plan holidays and relish the thought of getting away from it all for a while.

So it was that two close friends, Roma from Cambridge and Shiela Bayne from Dundee (her first name was spelled the Scottish way), sketched out a plan to undertake a cycle tour of some of the most celebrated parts of Scotland – the Trossachs, Glen Coe, Fort William, Loch Ness. Roma had married in 1941, Shiela was still single, but their partners were abroad and they both had regular jobs. They were only too ready for a brief escape from the daily grind.

If it hadn’t been for the war, presumably the two friends would never have dreamed up this idea; and even if they had, they would almost certainly never have documented it in such detail. The diary Shiela had proposed was duly written, and in addition, Roma wrote at length about the trip to her husband Ted (my father), who was in North Africa at the time. So we are left with two accounts of the trip – the fairly factual but utterly intriguing diary itself, and Roma’s glowing personal account of it, along with her description of her preparations and journey from Cambridge to Scotland.

They conjure up a world that is in many ways similar to ours, yet is also subtly and sometimes tantalisingly different: a world where you could turn up at a tiny cottage in the hopes that the owners would simply put you up for the night; where military convoys were barely to be remarked on, even in the highlands; where people sent cables to each other; where they despatched “boys” to fetch things; and where they lamented the lack of porters at railway stations. 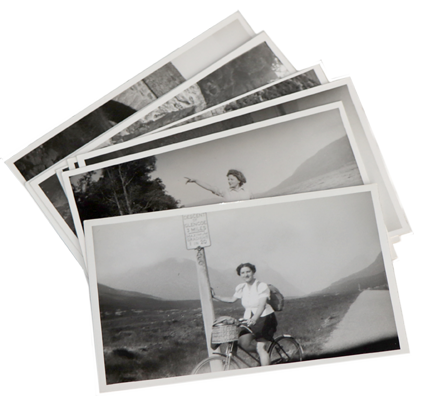 Only ten black and white photographs survive from the trip. I have included them all on this site in the diary section, and supplemented them with modern pictures of some of the locations (plus a few old black and white ones). It’s easy to slip into thinking that people in the 1940s lived in a black and white world, but of course they didn’t. They saw that magnficent scenery in the same strident colours as we see it now.

What lingers when you’ve read about the two women’s triumphs and tribulations is their shared delight in Scotland’s amazing landscapes, their sense of liberation from their normal lives, their obvious mutual fondness, and their feeling of accomplishment at the end of the trip. Oh, and you can’t help but notice their enjoyment of the breakfasts! Clearly they took great delight in the abundance of ration-free fresh food, which must have featured items they seldom experienced at home.

The two women didn’t set out with any pretensions to write a literary masterpiece, but there’s irresistible poetry in some of their words. It was all so long ago, yet it’s so full of life. That’s why I’ve decided to present the whole thing here so that others can enjoy it. It may be a tiny blip in the march of history, but it has a resonant magic that cries out to be preserved. 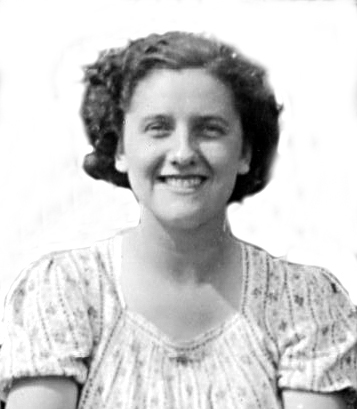 Roma was born and brought up in Cambridge. She was the last of five children, gaining the nickname ‘Bay’ (for Baby). She studied singing and cello at the Royal Academy of Music in London. She married in 1941, but the war kept her apart from her husband Ted from late 1942 until 1945. At the time of the cycle tour she was doing war work in a machine shop in Cambridge, and she also trained as a wartime ambulance driver. 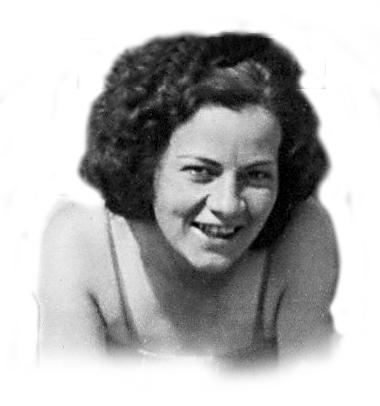 Shiela grew up in Scotland, and met Roma in 1936 when they were both students at the Royal Academy of Music. She was maid of honour at Roma’s wedding in 1941. She later married a man from the Huntingdon area, 15 miles from Cambridge, and lived nearby, becoming involved in the local music scene.

Go to top of this page »