You are here: home » never going to happen 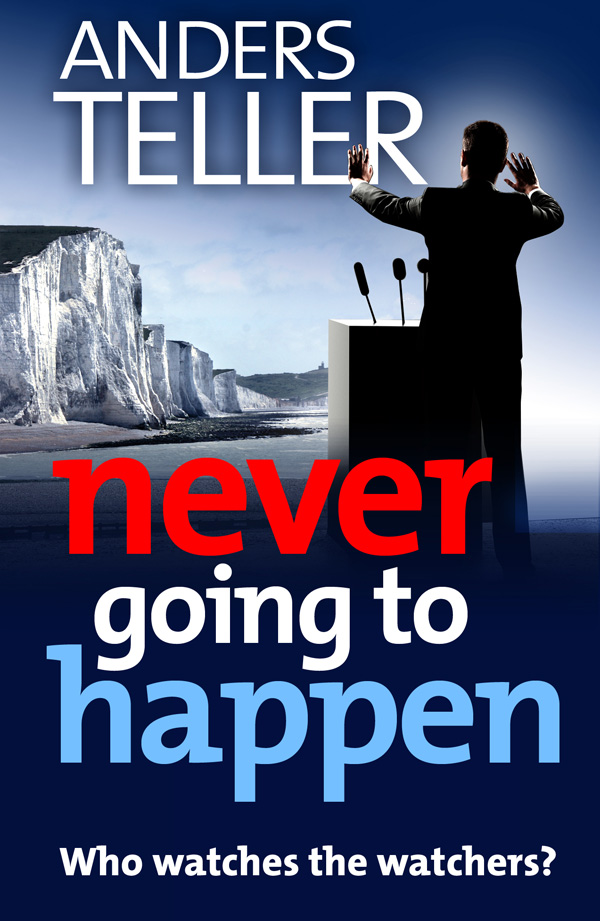 How far might people go to secure the kind of Brexit outcome they want? That’s one of the themes of this thought-provoking, topical and engrossing mystery thriller. In it, writer Tom Anthony finds himself drawn reluctantly into a shadowy world of people determined to intervene in global events. And then there’s Emily – appealing but elusive. What is her agenda?

Jobless since a car accident that he barely remembers, Tom welcomes the task of writing a news article on Britain’s tortured departure from the European Union. Then his research suggests a bizarre link to his car crash. Maybe he’s on to something – but he soon finds there are people intent on preventing him from finding out what it’s all about.

His interest in Emily seems to offer a further clue, but quickly raises a barrier to his quest for the truth. Meanwhile, what is his girlfriend not telling him? Why is his former neighbour so hostile? Where do his loyalties lie?

As the perspective widens, Tom realises he’s upset people who are ruthless in their resolve to influence the course of history. A series of truly stunning shocks and surprises awaits him as the truth unfolds.

Whilst remaining true to its promise as a classic mystery, this engrossing story is also an absorbing political thriller, offering a compelling take on some of the key issues of our time.

The rise of populism on the world stage

Tom is discharged from hospital into a world still shocked by Brexit and the US presidential election – a world where nonconformity is stifled, and people who disagree with the winning side are treated as pariahs. His struggle to understand the forces ranged against him soon turns into a quest to discover which side he’s offended, and what his instincts are telling him.

Is this a Brexit book or not?

Never Going to Happen is a thriller. You don’t need to know anything about politics to enjoy it. It’s packed with mystery, romance, excitement and drama, and it features clandestine groups operating outside the normal structures of the law.

However, it’s unashamedly set against a Brexit background. We see some of the inner workings of an anti-Brexit campaign group, and our hero has to interview leading figures on both sides of the Remain/Leave divide in order to prepare an article for the press. Within the book, there’s no resolution to the Brexit debate, but it touches on various possible outcomes.

Does all this make it “a Brexit book” or not? You’ll have to decide! It takes pains to let both Leave and Remain proponents have their say, and the dramatic climax offers a nice twist on the Remain campaign; but the big surprise at the end has nothing to do with Brexit, although it’s cleverly woven into the plot.

So where does my “alter ego” author Anders Teller stand on Brexit? He tries to be even-handed, but by the end, the you’ll probably find that the arguments for Remain are the ones that resonate.