Dundee: nearly ready for off

I travelled to Dundee on the Saturday night, arriving at about 10.15 on Sunday morning, and Shiela was at the station to meet me. We got a taxi, and off we went to 17 Constitution Street. 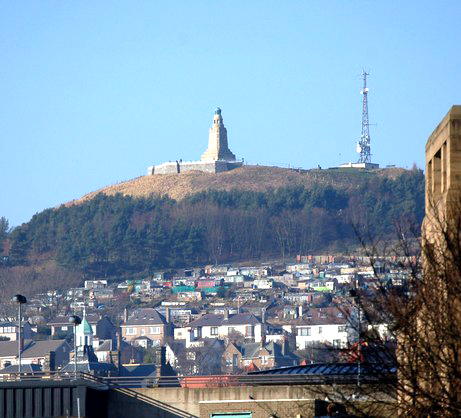 Shea [Roma’s nickname for Shiela – pronounced “She"] proceeded to cook breakfast, which we ate with great relish. Shea’s people were away on holiday – only Willy, her older brother, was at home besides herself.

We had a really lazy afternoon and evening; then Shea and I went on a walk together. We intended going up to the top of “The Law” – Dundee’s brae, which has a war memorial on top, and from which you get a good view of the town and the river Tay – but we popped in to see some very good friends of Shiela’s “just for 10 minutes” and stayed for supper and for what was then left of the evening! So ended my first day.

Monday we got up very late, in fact just in time to dash down to the river and catch the “Fifie”. That’s the boat that goes backwards and forwards across the Tay between Dundee and Newport, the small town over on the other side. It’s rather like those paddle steamers at the seaside. The Tay certainly puts the Cam in the shade somewhat – it’s over 2 miles wide! Dundee is one side (county of Angus) and Newport the other (the kingdom of Fife).

We met Meg, a friend of Shiela’s, in Newport for lunch. She does a spot of hairdressing over there and had an appointment at 2 o’clock. After lunch Shea and I went and basked in the sun on a bank overlooking the Tay. The weather’s perfect – touch wood. We watched Catalinas landing and taking off (they looked lovely) till the bank was positively inundated with people and kids nearly treading on us! At that point we went off and crossed in the “Fifie” again back to Dundee.

We had tea in the town and then went to Meg’s, and she started the business of giving me a “perm”. It takes several hours, this perming business, but eventually I emerged, a trifle beetroot-like but much more presentable, and was guided along to another room where I was literally shoved through the door and found myself confronted by a most pleasing not to mention very appetising sight. The two of them had been preparing a delicious supper while I was under the drier. There was soup, lovely salmon mayonnaise and boiled spuds, and – umm! – apricots for the sweet, AND … and bottle of champagne, with Abdulla “turks” afterwards. We thoroughly enjoyed ourselves and laughed a great deal before finally departing for home. (We finished the bottle of course ’cos it couldn’t be left (!) and I kept the cork as a memento.) 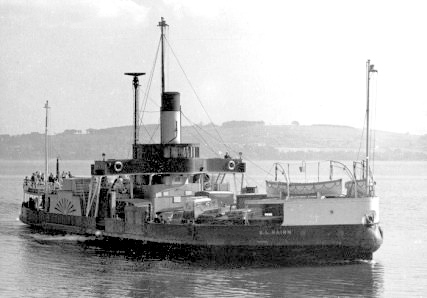 The next day (Tuesday) we were to have started our tour. But the Bayne parents were coming home that night, and we thought it would be a nice gesture to stay and go and meet them. So we went to Newport again for lunch, then we started getting things ready for starting on our trip the following day and doing sundry odd bits of shopping.

And, believe it or not, Shiela still hadn’t secured the loan of a bike for me at this juncture! She was frantically phoning various people in the middle of the afternoon to get one, and she was almost giving up in despair when she suddenly thought of another person who possessed a bicycle. So with our fingers crossed she lifted the phone, and – joy of joys! – the friend said we could have it. What a relief! So S. went off and fetched the “trusty steed” while I packed my rucksack.

We were up and ready and at the station next day in time to catch the 11.45 am train (with bikes “on board”) to Perth, and thence to Crieff, from where the cycling actually began. And what fun we were to have during the next ten days!